Miami is known for many things-South Beach, beautiful women, and sports teams like the professional NBA team the Miami Heat. Miami is also known for BangBros. So it makes sense to pair up winning programs like the Miami Heat and BangBros for a sponsorship opportunity, naming the home arena they play in.

The last major winning sports team the city had, the Miami Heat, were led by legends Dwayne Wade, Lebron James, and Chris Bosh. This is why another legend, adult company BangBros, wants to come in and put their stamp of approval on the arena. A new superstar is in town, as Jimmy Butler joins the roster. With Pat Riley at the helm, working his magic like he has in the past, BangBros feels they need to show their support for the next wave of winning to come and give back to the city that’s treated them so well. Both the Heat and Bangbros have become staples of the city, with huge fans of each. It doesn’t get much more Miami than having the arena sponsored by BangBros.

To show how serious BangBros is, they have already offered $10 million to Myles Gallagher of Cleveland's Superlative Group, and are suggesting the name BangBros Center (The BBC) as the new home of the Miami Heat for the next decade. BangBros also already owns the domain bangbroscenter.com to partner up and broadcast, promote, market, and help take the Heat from out of the 305 to Worldwide. 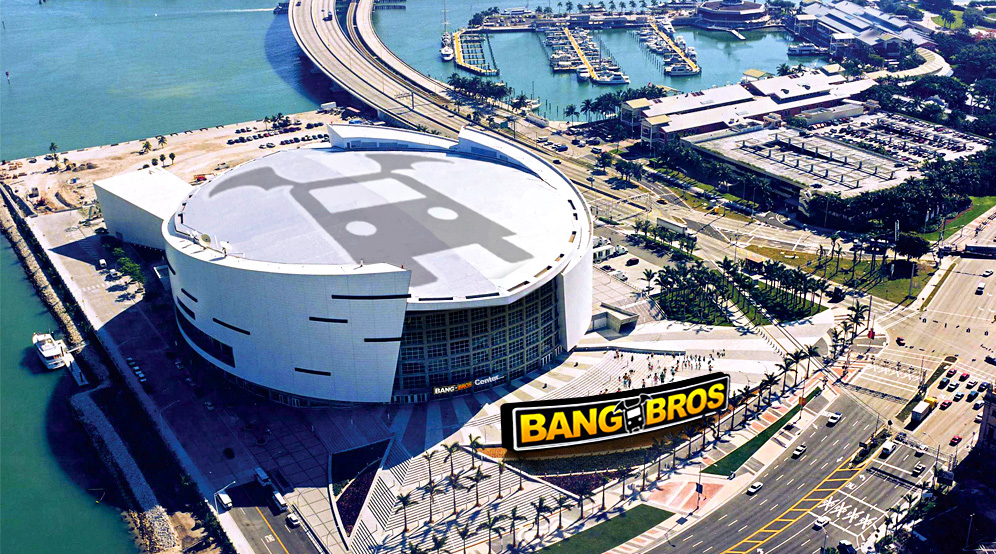